Today started with potato cakes and an egg white and mushroom scramble. The powdered egg whites are the closest thing I’ve been able to find to dried egg, it’s just not something supermarkets stock anymore! They scrambled up pretty well, though! 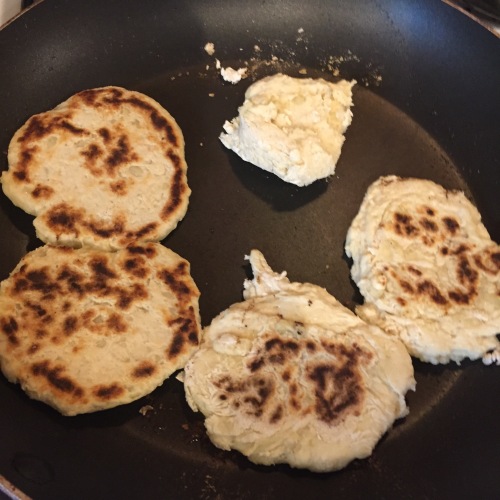 The potato pancakes were fun, from the 3 medium potatoes I used I got about 12 pancakes! I snacked on them all day but I admit the birds appreciated the rest, tsk, tsk, food waste!

Potato Cakes: take leftover mashed potatoes and add self raising flour until you get a soft dough, almost a batter, (it will be very sticky!) for my 3 potatoes I needed 6oz flour. Melt 1tsp cooking fat in a large frying pan then dollop spoonfuls of mixture in well spaced. Let this cook for a minute then flip it over and press it down with the spatula to form a flat pancake. Cool until browned then flip over again and finish off the first side now it’s flat. You can see each stage above.

Lunch was paste sandwiches. Things like sandwich pastes were available fairly readily in 1951. I went for chicken and crab as neither of these were rationed. The chicken was alright, nothing exciting but it filled a gap! The crab paste… Well, I’m just going to have to give up on English crab. I love Asian crab but after a lot of experimenting I just don’t like crab! Unfortunately, neither does Darcy so no one will be eating that crab paste! 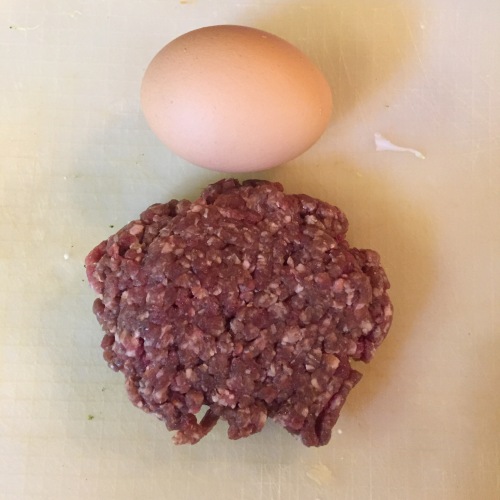 This is my whole 4oz meat ration for the week. The butcher and I had a good chat about it and we decided that for one person mince was the only way to go. Not only was it cheap, it’s much easier to bulk it up, which is what I did! 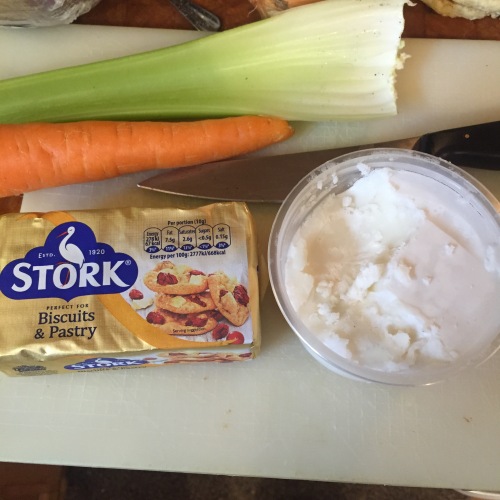 This is where things got real for me. I took a whole 5 minutes trying to decide whether to use my cooking fat (which is disappearing fast!) or go for margerine, which I had been saving for baking. I was standing there weighing up the pros and cons, thinking what I might want to use each for later in the week and wondering what I could do without. This is what women went through for 14 years! Trying to think and plan and scrimp and save and eke out every little bit from their rations.

The finished result! Cottage pie! This was wonderfully filling, just what I needed after a whole day down the allotment.  It made the mince go an awful lot further than it would have otherwise and it was flavoursome and hearty. Definite comfort food! 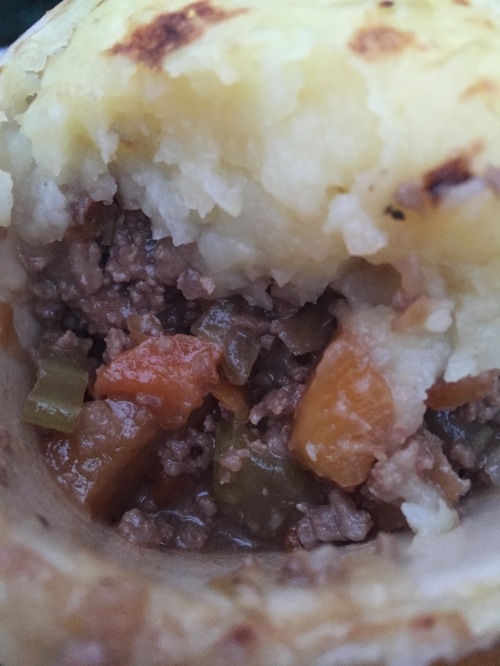 Cottage Pie: Melt 1 tsp cooking fat in a small pan, add 1/2 small onion, 1/2 carrot, 1/2 stick celery, some swede, salt and pepper and put the lid on. Allow it to sweat for a few minutes. Add the mince, half an oxo cube and a splash of water. Put the lid on and allow to simmer until all the veg is cooked. If it starts to stick then just add a splash more water. Put the cooked mixture into a single pie dish. Top with mashed potato (always make extra mash was one of the rules of rationing I think! And put under the grill to brown the top. Serve with more vegetables. 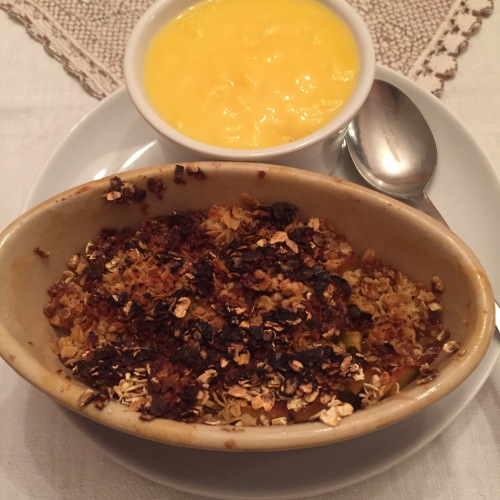 Pudding nearly got forgotten about today as the dogs demanded a walk right after dinner, luckily I remembered to turn the oven off before I went, leaving my Apple Crisp to keep warm. Happily I remembered it before morning and it was still nice and hot. I served it with cold custard leftover from yesterday.

I was raised in a custardless household as my parents were each scarred by childhood traumas and can’t stand the stuff. (Thanks to rationing!) Turns out I love the stuff! Hot or cold a tin of Bird’s custard is definitely going to be a permanent addition to my pantry!
Apple Crisp: Dice 2 apples, skins on. Put in a small oven proof bowl or pie dish. Drizzle with honey. Dot 1/2 oz margerine on top then cover with porridge oats. Drizzle the top with more honey. Bake in the oven for at least 30mins at gas 4 or higher. (Can go in with whatever you’re cooking for a main course and be forgotten about!) make sure you allow it to cool a bit before serving as it will be piping hot!