This recipe came about because I had half a tin of condensed milk sitting in the fridge… it had been there a while.  How long I could not say but significantly longer that I was happy with… but it was still good and it seemed a shame to waste it so I decided to transform it into dog treats! 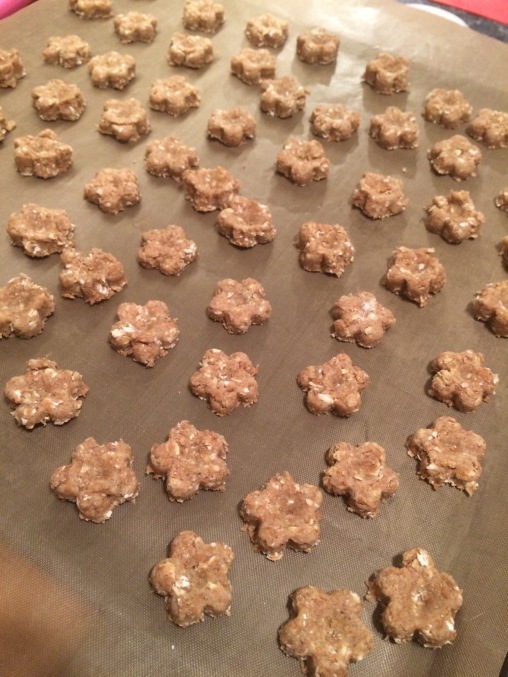 These ones are a little bit naughtier as they have the sugar from the condensed milk in them.  Darcy was such a big fan of the cinnamon rolls I made that I thought he should have his own cinnamon treats.  He LOVES them!  Never has he been so obedient! I think he prefers the balls as they are a little chewier, he certainly seems to enjoy them no matter the shape though! 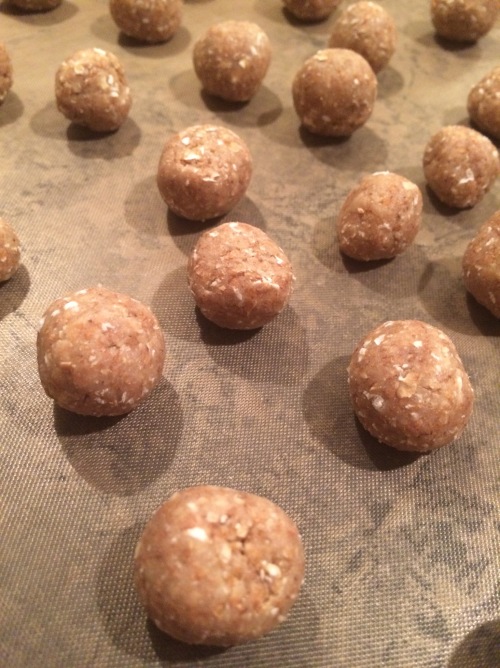 – Heat the oven to gas mark 5/190C.
– Mix all of the ingredients together until they form a soft dough.  (If this is still very wet add a little more flour.  It sort of depends on how much condensed milk you’ve started with and how dry your flour is.)
– Either roll out and cut out shapes or simply pinch off balls of dough and shape into balls.  (Use plenty of flour if rolling, this is a sticky dough!)
– Place on a baking tray and bake for 10-15 minutes until just golden brown.  (The longer you bake them the harder they get, if your dog doesn’t like rock solid treats then give them less time.)
– Leave to cool and then store in an airtight tin.